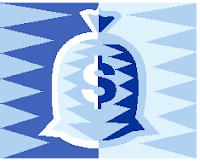 By the time I got around to signing my Senator Dick Durbin’s petition to Speaker Boehner and the House GOP urging them to pass an equivalent to S.3412, the House had passed a bill that did the opposite of S3412 and then left on a 5-week recess. In signed the petition with the following comments anyway.

I support the recent passage of S.3412, which preserves the 2009 income tax cuts for the middle-class while allowing the 2001 income cuts for those who make more the $250,000 to expire. I am disappointed in and angered by last week’s House vote to pass a bill that reverses those priorities.

The 2001 income tax cuts have had 11 years to have an effect on the U.S. economy, and that effect is now clear. While their promise was to spur economic growth and job creation, the U.S. is actually faced with anemic job growth and a growing national debt from inadequate tax revenues required to cover government expenditures. We need policies that promote job creation while moving toward a balanced the budget and debt reduction. S.3412 is one step toward that end.

Given that the U.S. is a consumer-driven economy (60-70% of GDP), I believe that our slow recovery is primarily due to the macroeconomic fact that the lower and middle classes no longer have the purchasing power to increase Consumption, which, in the absence of continuing Government Purchases (Keynesian stimulus) and/or increasing foreign market Exports (exports never having been a significant portion of our GDP and many of our trading partners have economies that are equally or more stagnant than our own) decreases our GDP growth, which, in turn, decreases the growth in demand for workers and lowers wage growth, which decreases growth in Consumption, in a vicious cycle.

Increasing returns to capital (productivity increases from automation, in particular), have led to massive income inequality in the labor market over the past three decades. However, unlike “the 99%”, “the 1%” can only spend a tiny fraction of their income, which keeps Consumption low. With historic low tax rates across the board, as well as continuing calls for smaller government and a balanced budget, Government Purchasing also remains relatively low, dragging out the recovery.

Economically, the route to a faster economic recovery is straightforward: (1) increase Consumption by bolstering low/middle class income (S.3412 at least keeps the tax burden low for those most likely to consume, but further steps should be made for low-wage earners by expanding the Earned Income Tax Credit to a general negative income tax to increase the effective wages of lower-income earners, whose increased earnings will immediately recirculate through the economy, creating more jobs) and (2) smartly increase Government Spending by investing heavily in our national prosperity (fix our crumbling public infrastructure; expand public transportation; provide Medicare for all; target non-inflationary investments in early childhood, primary, secondary, and college education; expand job retraining programs to prepare workers for high-wage, knowledge-intensive, creative work not yet susceptible to off-shoring).

Clearly, any national debt reduction and any of the government stimulus and investment programs that would enhance our short- and long-term national prosperity would require additional revenues. S.3412 provides part of needed revenues by allowing tax rates on those best able to shoulder the burden to increase to their pre-2001 levels.

Passage of S.3412 should only be an initial step in tax reforms to re-balance the economy and fund the public investments necessary to put the U.S. back on strong economic footing. If we are to continue taxing incomes (rather than: [1] adopting a more economically and hedonically efficient highly progressive consumption tax calculated on income less savings [with a standard deduction that would exempt all food, housing, transportation costs sufficient for a basic standard of living] a regime which would provide no disincentives to any earner to maximize his/her income and savings, and would still place the bulk of the burden on the top earners most able to pay, and [2] implementing a carbon tax [or equivalent cap-and-trade regime] targeted to reduce greenhouse gas emissions to achieve 350 PPM atmospheric CO2 concentration thereby mitigating the worst effects of global-warming induced climate change, and [3] ending counter-productive subsidies for fossil fuel production, agricultural commodities, among others), then we should at least close the capital gains tax loophole and treat all income the same, so that top earners with significant investment income and hedge fund managers pay their fair share.

The current house bill is 180-degrees away from the economic policy we need to increase national prosperity. Look to S.3412.